SAIW 70 Years on … …a word from the President, Morris Maroga

Looking back and thinking about our organization, the Southern African Institute of Welding (SAIW), I was struck by the fact that, amongst all the things that happened in the year 1948, it was the year that the SAIW was founded and the year the Nationalist Apartheid government came to power. 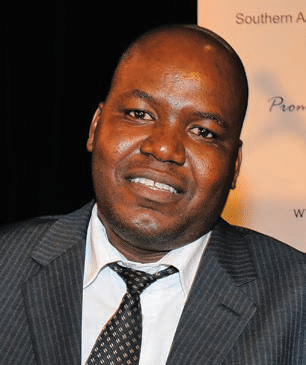 What a momentous year 1948 was in the history of our country! South Africans were led down a path of hatred and divisiveness by a government that was to become reviled the world over. Its policy of discrimination and deprivation caused untold harm which will take generations to fully recover from.

Yet, even from those dark times, organisations arose that became key to the empowerment of millions of South Africans – regardless of race, colour or creed – through education and skills
training. One such organisation was the SAIW,  which has become the leading welding training company in Africa having over the years trained thousands of people from all over the continent
with most having been able to get a job either in their home country or abroad. This is a magnificent achievement of which I am extremely proud.

It is obviously true that, like all South African educational – and other – institutions, the SAIW needed to become a relevant post-apartheid organisation through the requisite transformation. In this regard, while I acknowledge there is still work to be done, I am pleased to be able to report that our management, teaching staff and students today represent the full gamut of South  African society and are all dedicated to making a difference in South Africa by providing both our youth and the more experienced personnel in our industry an opportunity to get ahead in life.

One of the most pleasing factors of the SAIW 70 years on is how our influence and involvement on our continent has grown beyond recognition. A good example of this is an initiative where, together with the Nigerian Institute of Welding, the SAIW is building The Welding Federation of Africa (TWFA) to ensure the standards of welding are at globally accepted levels throughout the African continent.

Regarding Africa and beyond, the SAIW recently became part of a powerful international welding alliance – The International Alliance for Skills Development Belt and Road including BRICS – which aims at incorporating all the countries in this region in a cooperative initiative to provide welding training to the youth. Some of the countries that will be working closely together in the alliance are: South Africa, China, Russia, India, Ukraine, Singapore, Philippines, Cameroon, Ghana, Nigeria and others.

From a global perspective the SAIW was, from its inception, part of the international scene having been a founder member of the International Institute of Welding (IIW) in 1948. Our  relationship with the world’s most important welding body has never faltered and in 2003 we became an Authorised National Body (ANB) of the IIW offering the full range of IIW qualifications – Engineer, Technologist, Specialist, Practitioner, Welder and Inspector.

Of course, accreditation is paramount to our ability to provide our graduates with the best possible education and, apart from IIW recognition, we are also accredited by the Quality Council for Trades and Occupations (QCTO) as per the South African National Artisan Welder programme that has recently been introduced. We believe that we are the first organisation to be accredited to this programme and the SAIW will continue to gain accreditations to QCTO qualifications and programmes as they become available. The South African National Artisan Welder programme has been developed such that it is aligned to our IIW International Welder programme to ensure compatibility and recognition with this internationally recognised training programme for the development of South African citizens.

Also, SAIW training programmes and personnel certification programmes are recognised by the Department of Labour (DOL) for registration of certified Pressure Equipment Inspectors for manufacture, repair and in-service inspection.

We live in challenging times economically and I receive many letters asking about the prices of the courses as many people have difficulty in raising the funds needed. This can be a problem, no doubt! But it must be remembered that it is incumbent on the SAIW to adhere to the international standards to which we are accredited. This requires the best possible teachers and equipment and all that costs money, which we have to raise, firstly, through privately-paying students and, secondly, through selling corporate and private memberships. The bottom line is that, being a ot-for-profit company, remaining financially viable is always a challenge for the SAIW.

I am pleased to say that we are doing our best to help as many as possible of those who genuinely cannot afford an SAIW education. One of our important initiatives is the SAIW Foundation, which was created in 2016. This is a public benefit organisation which provides training to disadvantaged individuals in a wide range of areas including welding and inspection, the training of trainers for welding and related technologies and more. In the first two years the SAIW Foundation had more than 10 graduates successfully complete internationally recognised programmes.

So, in the 70 years of its existence, the SAIW has become an organisation which is known globally for its quality. Wherever one goes in the world the SAIW is known by those in the welding and related industries. Locally we are real hedge against unemployment for those who successfully complete our programmes. This is indeed a feather our cap!

I want to thank all those who have contributed in some way to the success of this great institution of learning and I look forward to the challenging and exciting years ahead.