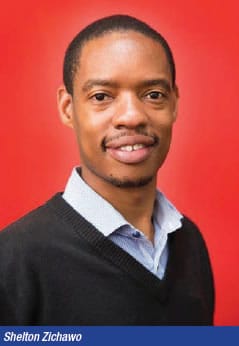 Shelton Zichawo, SAIW training services manager, says that there has been a very encouraging response to the revamped Welding Inspectors Programme recently launched by the SAIW.

“After deep analysis and research, and taking into account the needs and desires of the local industry, we launched a new, improved Inspectors programme, which incorporates both SAIW Levels 1 and 2 with the relevant IIW programmes,” Zichawo says.

He adds that from a local perspective alone, the advantages of the new programme are enormous in that it focuses squarely on national requirements in the development of local competence and addresses directly the local needs of national skills development. “And, perhaps most importantly, it’s what our industry wants,” he says.

Judging by the very positive and enthusiastic response to the new Inspectors programme it seems certain that it is exactly “what our industry wants”.

Jim Guild, SAIW Caretaker Executive Director says that for more than 40 years the SAIW Welding Inspector programme (Level 1 and Level 2) were the backbone of the South African welding industry and by far the most popular courses at the SAIW. Theses courses have been specifically tailored to meet local industry requirements and, since inception, they have been the preferred education and training choice of the large end-user organisations and fabricators in the local welding industry. “The SAIW, I think, started taking these iconic courses for granted and it was time to refocus on them,” says Guild, “and I’m delighted that our action seems to be bearing fruit”!

In order to ensure the best possible standards, the SAIW has taken cognisance of the latest industry feed-back and has refined the courses to ensure they are completely up to date with the pertinent technology. “By amalgamating parts of the IWIP programmes with SAIW programmes we have created a world-class product to the satisfaction of the local industry. From the students’ perspective they obtain two diplomas simultaneously at each level – one South Africa focused and one internationally focused,” Guild says. 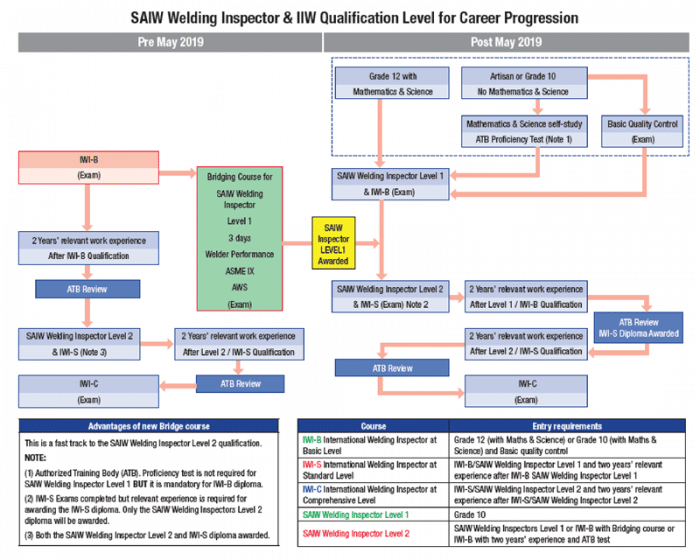 Should students want to go to the next level, after completing SAIW Inspector Level 1 course, they will no longer be required to obtain two years’ experience as Welding Inspectors before enrolling for the SAIW Level 2 course. The two years’ experience will only come into play should a qualified Senior Welding and Fabrication Inspector (Level 2) wish to obtain the IWIP  standard qualification. “This enables the students to get into the market two years earlier with a higher qualification making them that much more marketable in the industry and more likely to get a higher paying job,” says Zichawo.

He adds that the IWIP Comprehensive course, the highest level in the Inspectors programme will remain a stand-alone course in the future. “A very small number of people may be caught at a crossroad in the progression path,” says Zichawo, “but each person will be treated sympathetically and with support from SAIW to ensure they achieve the best outcome for their future.”