The 2017 Annual Dinner was a glittering, entertaining and often moving affair. It was, as usual, well organised and it was obvious that all were having fun celebrating the SAIW and its people, who make this such a successful organisation. 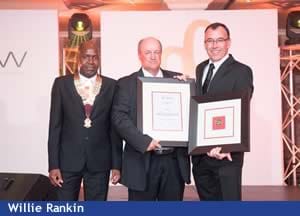 The 2017 SAIW Gold Medal Award went to industry stalwart, Willie Rankin, in recognition of his dedicated service to the Institute and, in
particular, his exceptional leadership  contribution through a period of difficult and challenging circumstances in the years 1998 to 2002 when he served as the Institute’s President.

The SAIW Gold Medal Award was introduced in 1966. It is the Institute’s highest award and can be made to a company or an individual in recognition of outstanding contributions to welding technology or to the institute. 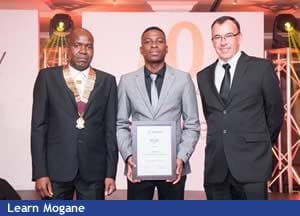 The Presidents’ Award is made in the name of the past Presidents of SAIW who have helped guide the Institute to become a prominent part
of the local welding industry and South Africa’s reference point for high quality training in welding and NDT training.

The 2017 Annual Dinner was a glittering, entertaining and often moving affair. It was, as usual, well organised and it was obvious that all were having fun celebrating the SAIW and its people, who make this such a successful organisation.

Of course it is always moving when the Institute’s highest accolades are announced and this year we certainly had deserving winners. 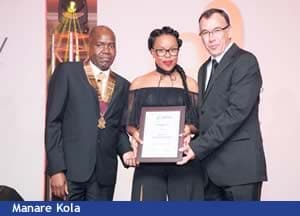 The 2017 Phil Santilhano Award, which is presented to the best student on the Institute’s courses in Welding Supervision and Inspection, was won by Manare Kola who achieved a distinction in Welding Inspectors Level 2.

This award is made in the name of Phil Santilhano who was one of South Africa’s leading welding technologists and was the Institute’s first full time employee when he was appointed Technical Director in 1977. 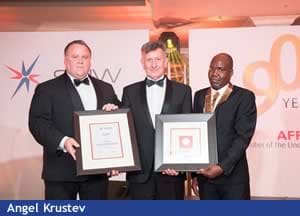 The Harvey Shacklock Gold Medal, which is given to the author of the best technical paper presented at an Institute event. The 2017 award went to Angel Krustev for his presentation “Modified GTAW Orbital Tube to Tubesheet Welding Technique and the Effect of a Copper Weld Retainer during Welding of Alloy 825”. The paper was presented at a SAIW Technical evening meeting in Johannesburg on the 6th of September 2017.

Harvey Shacklock was the Managing Director of BOC (British Oxygen Company) now African Oxygen Limited. He was instrumental in founding the South African Institute of Welding and was the President when it was founded on 1st March 1948.