The 2017 version differs significantly from the previous version in format, with some major changes in technical content. This article presents some of the most significant differences between the 2017 and the previous version of the standard, explains the rationale behind the changes and provides some practical guidance on how they are to be dealt with. 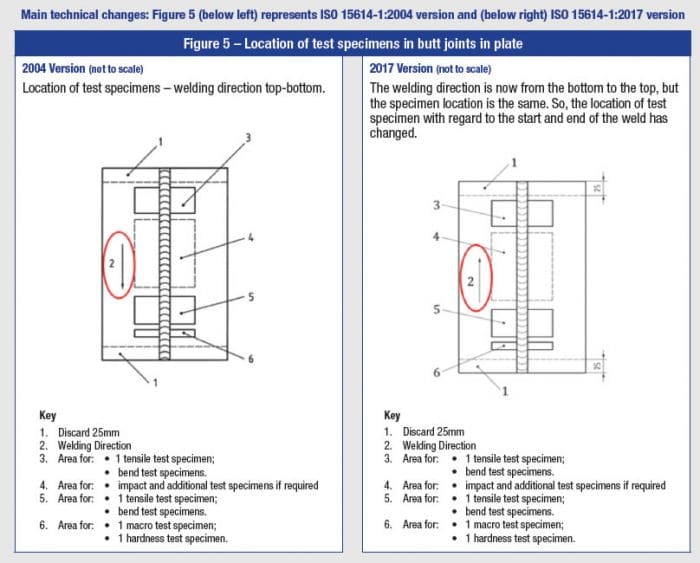 The single biggest change is that ISO 15614-1:2017 includes two levels of welding procedure tests, designated by Levels 1 and 2. Level 1 is based on requirements of Section IX of the ASME Boiler and Pressure Vessel Code (ASME IX) and Level 2 is based on the previous issues of ISO 15614-1. In Clause 1 Scope it states:

“Two levels of welding procedure tests are given in order to permit application to a wide range of welded fabrication. They are designated by Levels 1 and 2. In Level 2, the extent of testing is greater and the ranges of qualification are more restrictive than in Level 1.

Procedure tests carried out to Level 2 automatically qualify for Level 1 requirements, but not vice-versa.

When no level is specified in a contract or application standard, all the requirements of Level 2 apply.”

Care should therefore be taken in identifying the testing requirements and the range of qualification for the particular welding procedure test level.

The validity of previous welding procedure qualifications is addressed in different Sections of ISO 15614-1:2017, as follows:

This can be interpreted as the following:

In the next Focus on Standards a comprehensive review of the changes to Clause 8 – Range of Qualification, will be addressed. 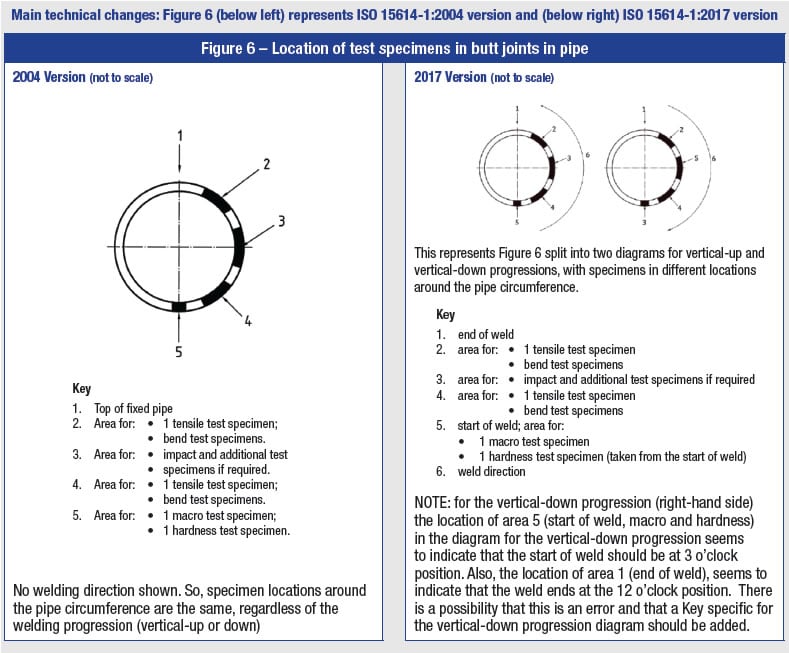