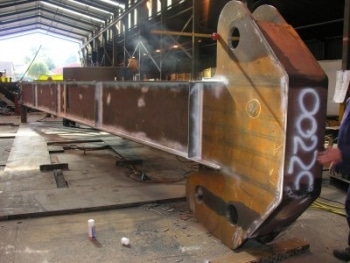 “Our accreditation scheme is taking off like wild fire as more and more fabricators see the benefits, both local and abroad, of having this incomparable ‘stamp’ of recognition,” says SAIW’s John McLeish.

The SAIW is accredited by the International Institute of Welding (IIW) to certify companies according to its company certification scheme. Locally the scheme is known as the SAIW Welding Fabricator Certification Scheme, which incorporates features appropriate to the local welding industry.

The Welding Fabricator Certification Scheme, based on the ISO standard 3834- Quality requirements for fusion welding of metallic materials, is designed, inter alia, to help larger end-users who need to know that their suppliers adhere to basic welding quality requirements.

“Contractors are able to trust the quality of a supplier who has been certified according to the highest international standards obviating unnecessary time and effort that they would have to have spent finding out,” says McLeish.

He adds that, importantly, the Welding Fabricator Certification Scheme not only benefits large end-users in the process of choosing the correct supplier but also shows them that there are many local companies who are capable of doing the job.

Gerhard van Zyl, MD Carbon Steel Fabricators (CSF) says that he does not regard ISO 3834 accreditation as a ‘nice to have’ but as an absolute necessity. “This is a stamp of approval from the highest welding authority in the world, ably represented by the SAIW in South Africa.

He adds that CSF’s accreditation is recognition of the exceptionally high standard his company consistently achieves. “We are proud of what we have done and ISO 3834 accreditation is the cherry on the top,” says van Zyl.

Recently CSF received the highest praise from the National Petroleum Refiners of South Africa (Natref) for its efficient and rapid manufacture and supply of two high-tech sulphur waste-heat boilers for the Natref Sasolburg refinery.

Van Zyl says that it was a pleasure working with the SAIW team who are worthy of the trust the IIW puts in them. “These are knowledgeable individuals who go the extra mile to make the process as efficient and pleasant as possible.”