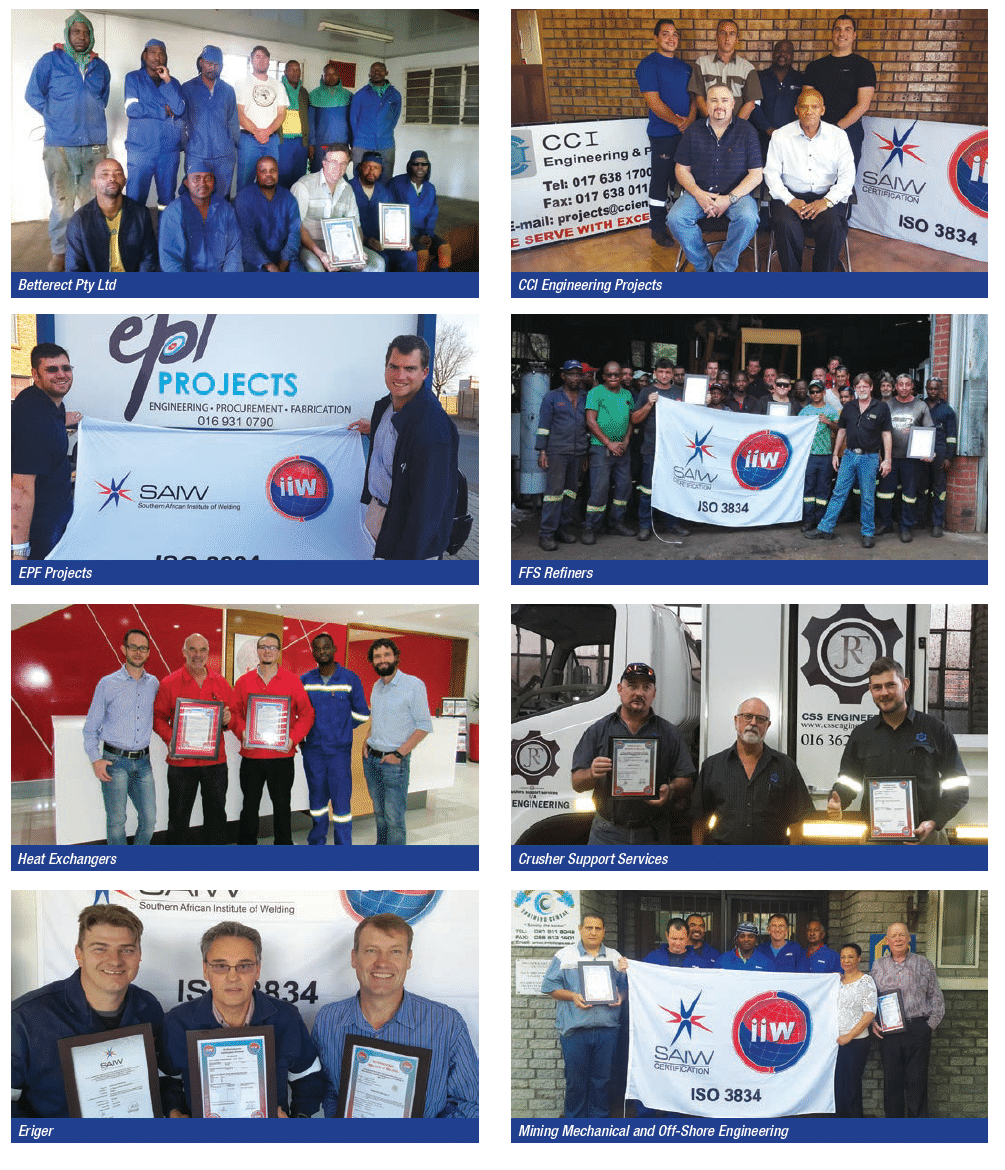 ISO 3834 certification on the up

We have said numerous times in Fusion how important ISO 3834 certification is for any fabrication company. It is the “stamp of quality” and gives all end-users the assurance that they are dealing with a professional fabricator whose work is approved by the highest authority in the land.

Herman Potgieter, CEO of SAIW Certification, which manages ISO 3834 certification scheme, says that this is not for big companies only. It’s for all companies. “In fact smaller, lesser known companies could benefit more because this stamp of approval shows they’re on a par with the best,” he says.

Below are some of the companies that have been certified recently. We wish them all a hearty congratulations.